April Atwood (エイプリル・アトウッド, Eipuriru Atōddo) is a student at the College and a classmate of Chise Hatori. She is often seen in the company of Veronica Rickenbacker and is brother to May Atwood.

April is a young girl with short, blonde hair. Eye color is unknown at this time.

The short and only interaction we have with May is during Elias' Mage class that might suggest she is helpful and wise, as she tries to talk her brother out of yelling at a salamander.

No flashbacks shown for this character

April's first appearance is in Elias' mage class and is tasked along with the rest of the class to gain the trust of a Neighbor to assist in lighting a candle. She instead is distracted by trying to talk some sense into her brother who yells at a salamander, causing it to transform and attack him. She also helps to catch May when Elias tosses him out of harm's way from the salamander.

Philomela seems to regard Veronica rather respectfully, and its noted that she is never far from her.

They are in seen in the same class together as well as walking into the cafeteria together to get a meal. 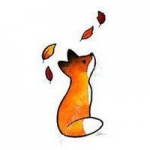